skip to main | skip to sidebar

﻿
Today my oldest, dearest, bestest friend SBD reminded me that I made a promise to update this here blog more frequently. Whoops. Perhaps it is because I am super busy being a mom and a step-in mom (aka nanny) that I've betrayed this promise, but no.. there are plenty of super mommy bloggers out there. Or maybe it's because there's no real direct focus to what I'm blogging about, I really don't know. But I'm going to work on it. I promise.

While I try to think of ways I can improve this blog (aside from updating more often than once or twice every 6 months), I'll fill you in on the goings on in Olive's life.. since I know that's all you all really care about annnnyway!

She is (very almost) 9 months old. Yeah, don't ask me where the time went.. I'll probably start crying.
She's crawling around, climbing up stairs (time to babyproof!), pulling herself up on anything and anyone and "cruising". Cruising is when they walk (WALK!) while holding onto a piece of furniture. These are all activities she picked up at some point in the last month, so yeah.. it's been an anxiety-filled one, and one with lots of bumps to the head.

Other than that, we're exploring the possibility of adopting a Canine friend. More on that later.

Andddddd that's about it! I promise (there's that word again, pretty sure it's lost all significant meaning by now) that I'll update again sometime this week with more pictures. 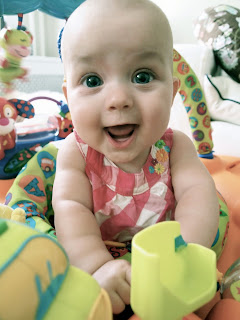 I won't deny that there's bias involved here, but I honestly see such brilliance in my daughter already. Even just typing "my daughter" makes my heart swell with pride.
Here's a picture of Olive in her (they don't make these things in any other shade than "ugly") Exersaucer. At 6.5 months she spins around, pausing between each toy, to study it and how it works. After she figures it out, she looks up with ^^this^^ expression on her face to make sure Eric and/or I have taken notice of her accomplishment. Could I be more in love (à la Chandler's voice, but of course)? No, I really couldn't.
I have a feeling she'll be crawling any day now, which at the same time thrills and scares me to my very core. How is it possible that I had her JUST six months ago? It seriously blows my mind to think that a moment between my husband and I resulted in the most wonderful child to have ever been created (not biased there, that's actually a well-documented fact). She babbles new made-up baby words every day, but upon discovering the new sounds she can make, she recites them over and over again with different tone and emphasis.
An example: "Bwah. Bwah! Bwahhh?? BwahBwahBwahBwahhhhh.."
(I'm not lying.)
I can't deny that there is a sadness that goes along with seeing my Lolly girl grow up that counteracts the excitement of watching her learning new things. That whole "being-grateful-for-each-second-you're-living-because-it-goes-by-reallyreallyreally-fast" thing.. I guess it's just one of life's lessons that you don't learn until you're actually living it. So I'll just keep on living loving my life, every single second of it.
/sap
Posted by k lee at 8:17 PM No comments:

After fleeing the evil clutches of the monster named Facebook, I promised I would start keeping track of my life here. I guess when your only means of communication with some (read: most) people is through a social networking site, it might feel somewhat like a death (in a very small, small way) after one closes their account. Or maybe not.

A short recap of the past six months or so:

On January 2nd at 11:51 am, Olive Nóirín Lee made her arrival and my life has been immeasurably better ever since. She brings me such joy, which I cannot say I've ever truly felt before the moment she came into my life. 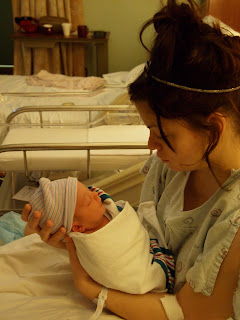 Underneath that mask of exhaustion, I was in awe. 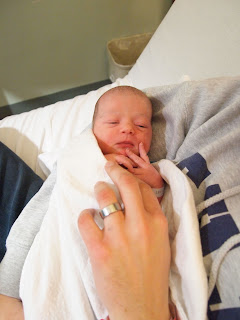 Soo tiny!!
A few months later, Eric and I relocated to the Manayunk section of Philadelphia. Sure it's chock-full of twenty-somethings who are desperately hanging onto their college days by a thread, BUT we're in a house instead of an apartment and on a quiet little street instead of across from a fire station on one of the city's busiest avenues. It's less smelly and much safer, with lovely Main Street just a few blocks down. So we're sold, for now. 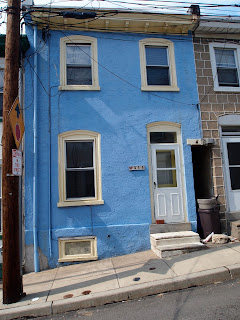 Home Sweet (blue) Home
Other than that, we're really just enjoying our lives together. I've continued to work as a nanny during the week, which allows me to bring Olive with me. Something I couldn't be more grateful for. To top it off, Olive has playmates!
I hope to start using this blog, not just as a means of communication, but as an opportunity to reflect on just how wonderful my life is turning out to be (I'm sorry, I really tried to word that as un-lamely as possible). That is, if I can remember to post more often than once every eight months. Keep those fingers crossed for me!
Posted by k lee at 7:59 PM No comments: 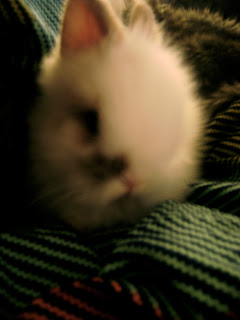 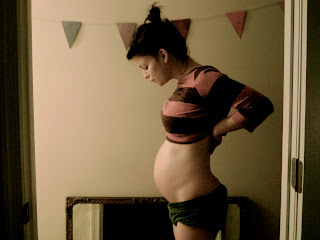 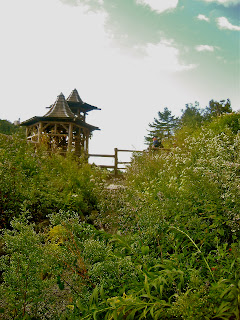 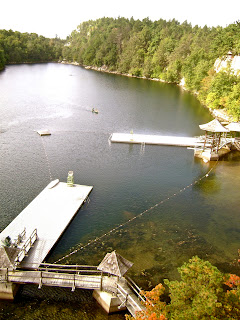 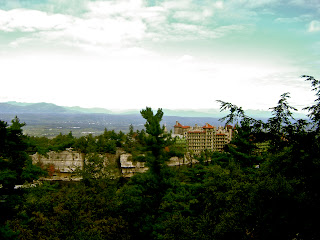 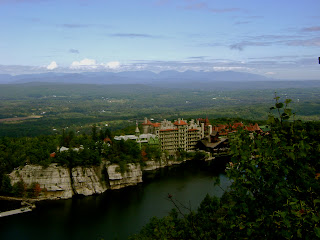 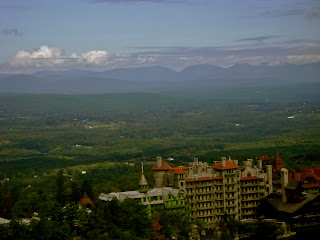